How Concrete is Formed 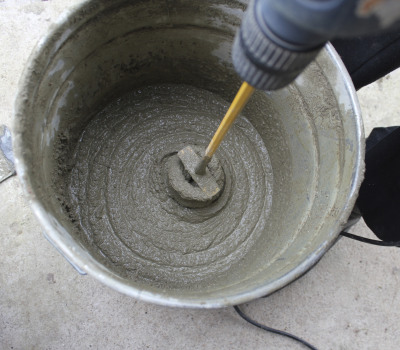 Concrete is considered a composite material that is being composed of aggregate and then being bonded along with fluid cement that hardens through the passing of time. The paste that is being composed of Portland cement as well as water will coat the surface of the coarse and fine aggregates. There will be chemical reaction which is hydration, the said paste will then be hardened and so will gain strength in order to form a rock-like mass therefore known as concrete.

Through the process, the trait of concrete will be observed- plastic and malleable once mixed as well as durable and strong once hardened. These qualities are the reasons why many are using concrete material for building skyscrapers, sidewalks, bridges, houses, superhighways and dams.

In order to come up with a durable and strong concrete, careful proportioning as well as mixing of the given ingredients is important. If the mixture doesn’t have enough paste to fill all of the voids in between the aggregates there will be difficulty in placing and might lead to producing rough surfaces as well as porous concrete. In order to come up with a smooth surface there is a need to have a mixture and having excess cement paste in order to be placed easily. Though smooth, the result of the concrete might not be cost-effective and could crack easily.

As soon as the aggregates- cement and the water combine, the mixture will now start to harden. All the Portland cements are considered to be hydraulic which set and harden by a chemical reaction together with water. During this reaction process, there will be a node formed into the surface of every cement particle. These nodes will grow and expand up until it links with the nodes coming from other particles or once it adheres to those adjacent aggregates. As soon as the concrete is being mixed thoroughly and could is workable, it must be placed in forms prior to leading the mixture to be too stiff.

Placement would be the process wherein the concrete is to be consolidated in order to compact it within the forms and so to eliminate possible flaws like air pockets and honeycombs. For slabs, concrete will be left standing up until its surface moisture film will disappear then with the use of metal or wood hand float the concrete will be smooth off. Floating might produce even yet slight rough texture which offer great slip resistance and could be frequently utilized as a final finish for exterior slabs. Once there is a need for a hard, smooth and dense surface, steel troweling could be done after floating.

In making concrete, there is a need to consider the needed ingredients in order to come up with the best result. In addition, there is also a need to be knowledgeable enough about the right and best process on how to form concrete making it useful in this industry.